Pairing sky-mapping algorithms with advanced immunofluorescence imaging of cancer biopsies, researchers at The Mark Foundation Center for Advanced Genomics and Imaging at Johns Hopkins University and the Bloomberg~Kimmel Institute for Cancer Immunotherapy developed a robust platform to guide immunotherapy by predicting which cancers will respond to specific therapies targeting the immune system.

Immunofluorescent imaging, using antibodies with fluorescent tags, enables researchers to visualize multiple cellular proteins simultaneously and determine their pattern and strength of expression. Applying AstroPath, the researchers studied melanoma, an aggressive type of skin cancer. They characterized the immune microenvironment in melanoma biopsies by examing the immune cells in and around the cancer cells within the tumor mass and then identified a composite biomarker that includes six markers and is highly predictive of response to a specific type of an immunotherapy called anti-PD-1 therapy.

PD-1 (programmed cell death 1) is a protein found on immune system T cells which, when bound to another protein called PD-L1 (programmed death ligand), helps cancer cells evade attack by the immune system. Anti-PD-1 drugs block the PD-1 protein and can help the immune system see and kill cancer cells. Only some patients with melanoma respond to anti-PD-1 therapy, and the ability to predict response or resistance is critical to choosing the best treatments for each patient’s cancer, the researchers explain. The AstroPath platform is also being applied to study in lung cancer and potentially can provide therapeutic guidance for many other cancers. The research team was led by Janis Taube, M.D., M.Sc., professor of dermatology and co-director of the Tumor Microenvironment Laboratory at the Bloomberg~Kimmel Institute, and Alexander Szalay, Ph.D., director of the Institute for Data Intensive Engineering and Science (IDIES) at Johns Hopkins University.

“This platform has the potential to transform how oncologists will deliver cancer immunotherapy,” says says Drew Pardoll, M.D., Ph.D., director of the Bloomberg~Kimmel Institute for Cancer Immunotherapy. “For the last 40 years, pathology analysis of cancer has examined one marker at a time, which provides limited information. Leveraging new technology, including instrumentation to image up to 12 markers simultaneously, the AstroPath imaging algorithms provide 1,000 times the information content from a single biopsy than is currently available through routine pathology. This facilates precision cancer immunotherapy — identifying the unique features of each patient’s cancer to predict who will respond to a given immunotherapy, such as anti-PD-1, and who will not. In doing so, it also advances diagnostic pathology from uniparameter to multiparameter assays.”

The research was published June 11 in Science.

The foundation of the AstroPath platform is the image analysis techniques that created the database for the Sloan Digital Sky Survey, a large digital map of the universe architected by astrophysicist Szalay, the Johns Hopkins University Bloomberg Distinguished Professor of Physics and Astronomy and Computer Science. The sky survey “stitched” together millions of telescopic images of billions of celestial objects, each expressing distinct signatures — just like the different fluorescent tags on the antibodies used to stain the tumor biopsies. Using a large, dedicated computer to process trillions of pixels of imaging data, the locations and charateristics of these objects are stored on a large open database. This database is used to quantify the spectral properties and spatial arrangement of stars, quasars, nebulae and galaxies in the universe.

Just as the Sloan Survey maps the cosmos on an astronomical scale, Taube, director of dermatopathology in the Department of Dermatology at the Johns Hopkins University School of Medicine, works with Szalay to map tumor and immune cells on a microscopic scale.

AstroPath uses multiplex immunofluorescence (mIF) technology from Akoya Biosciences — which tags each protein of interest with fluorescent molecules of different colors — to quantify the many cellular and molecular features of the tumor microenvironment (TME). AstroPath’s celestial object mapping algorithms analyze the huge datasets of millions of cells produced by mIF imaging and “stitch” together multiple fluorescent image “fields.” This creates a two-dimensional, multicolor visual map of the TME across an entire tissue section mounted on a microscopic slide with single-cell resolution, and enables researchers to have a detailed view of how and where the tumor cells interact with surrounding tissues, including the immune system. It makes it possible to zoom in and out to see the spatial features of individual cells as well as combinations of expression of different markers by individual cells, and finally, the intensity of expression of those markers.

“The spatial arrangements of different kinds of cells within tumors are important,” Taube says. “Cells are giving each other go/no-go signals based on direct contacts as well as locally secreted factors. Quantifying the proximities between cells expressing specific proteins has the potential to reveal whether these geographic interactions are likely transpiring and what interactions may be responsible for inhibiting immune cells from killing the tumor.”

“In astronomy we often ask, ‘What is the probability that galaxies are near each other?'” Szalay says. “We apply the same approach to cancer — looking at spatial relations in the tumor microenvironment. It’s the same problem on a vastly different scale.”

In the current study, researchers used the AstroPath platform to characterize PD-1 and PD-L1 expression on cancer cells and immune cells in tumor specimens from patients with advanced melanoma who subsequently received anti-PD-1 immunotherapy. They also visualized three additional proteins expressed by different types of immune cells — CD8, CD163, and FOXP3 — and finally a marker for the tumor cells themselves, Sox10/S100.

The team found that a particular pattern and intensity of expression of these markers on specific cells in the tumor could strongly predict which patients would respond and survive after anti-PD-1 therapy.

“Big data is changing science. There are applications everywhere, from astronomy to genomics to oceanography,” Szalay says. “Data-intensive scientific discovery is a new paradigm. The technical challenge we face is how to get consistent, reproducible results when you collect data at scale? AstroPath is a step towards establishing a universal standard. ”

“The application of advanced mapping techniques from astronomy has the potential to identify predictive biomarkers that will help physicians design precise immunotherapy treatments for individual cancer patients,” says Michele Cleary, Chief Executive Officer, The Mark Foundation for Cancer Research. “These early results are exciting and validate the approach, and we at The Mark Foundation for Cancer Research are proud to support such pathbreaking science.” 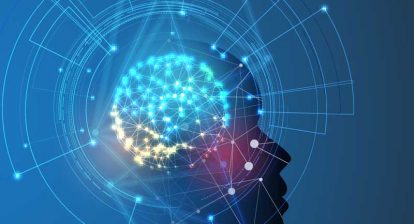 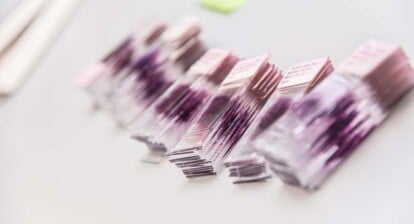 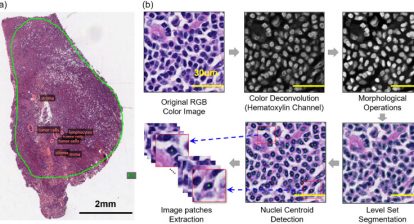 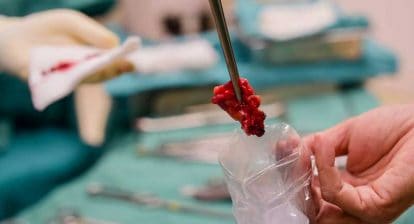 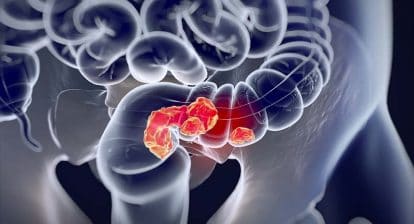 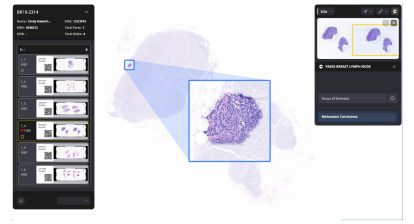