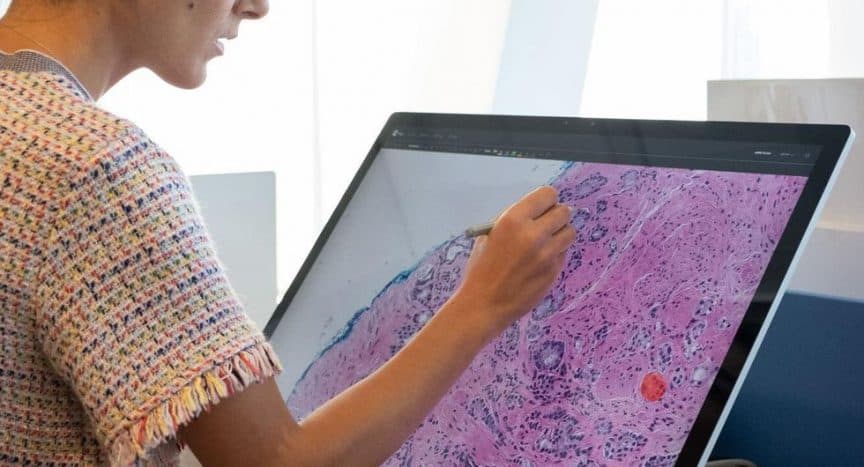 Artificial intelligence was not on Leo Grady‘s mind when he was applying for college in the early 1990s. The IEEE member was interested in human interaction, linguistics, and psychology, and he initially chose the unusual double major of anthropology and physics.

But his desire to understand how the human brain works led him to switch from physics to electrical engineering and ultimately to pursue signal processing at the University of Vermont.

“All of this eventually led me to AI,” Grady says. “AI is a mix of psychology, engineering, computer science, and a little bit of philosophy. It really caught my imagination.”

Grady is now the chief executive of Paige, in New York City. In 2018 the company spun off from the Memorial Sloan Kettering Cancer Center. Paige uses machine learning to help pathologists make faster, more accurate cancer diagnoses from images of tissue samples. The startup, which is focusing on detecting prostate and breast cancer, plans to expand to other diseases.

Paige hopes to help doctors catch cancer earlier, come up with effective treatment plans, and prevent unnecessary surgeries due to false positives. In May the company announced a partnership with Quest Diagnostics to develop software products that could find markers of cancer that might not have been known before, and that could help pathologists and oncologists better diagnose prostate, breast, and other types of cancer.

“Our technology is truly transformative,” Grady says. “It’s going to help pathologists be more efficient, make higher quality decisions, and get faster results back to patients. It will also ultimately be less expensive for the health care system.”

Paige is now seeking to use its technology beyond diagnosis. By training its AI to understand the correlations between certain types of tumors and the effectiveness of certain drugs, Grady says, the company hopes to be able to predict treatment regimens for patients.

HAVING A MEANINGFUL IMPACT

Paige’s work is a continuation of the ambition Grady has had since he was a graduate student at Boston University—of making a difference in the world with AI. His Ph.D. thesis focused on the application of neural networks to image analysis. Neural networks are an approach to machine learning, loosely modeled on the human brain, that can be used to identify patterns in data sets. At the heart of today’s AI, they are used for Web searches, object detection, and facial recognition. In the early 2000s, though, neural network research “was on the fringe of AI, the black sheep,” Grady says.

But Grady, who was finishing his doctorate around that time, saw the technology’s potential for the real world. He says he knew he did not want to pursue a career in academia: “I felt that publishing papers wasn’t enough.”

To find a job where he could have a meaningful impact, Grady browsed issues of the IEEE Transactions on Pattern Analysis and Machine Intelligence, looking for research articles authored by experts in industry.

“I saw name after name coming from Siemens,” he says, “so that was the place I wanted to go.”

Siemens Corporate Technology, in Princeton, N.J., had one of the world’s best computer vision research groups at the time, he says. He joined in 2003 as a research scientist, developing computer vision software for the company’s imaging machines. He focused on medical image analysis, extracting pertinent information from scans of cardiovascular and cancer patients that could help with diagnosis. He was granted 40 U.S. patents in his almost nine years with the company.

But despite the success of those AI-based medical analysis instruments in in-house tests, he “kept hitting roadblock after roadblock” when trying to introduce the machines into medical offices.

“They weren’t getting used by doctors,” he says. “They’d say, ‘It doesn’t fit into the hospital’s IT system’ or ‘I can’t get paid for using them’ or ‘I don’t have time to do it.’”

He soon realized that making inroads with AI software would be easier than selling a new hardware system, so he left in 2012 to join medical technology startup HeartFlow, in Redwood City, Calif., as vice president of research and development.

There he led the development of a software-based diagnostic test for coronary heart disease. Starting with a cardiac CT scan, the technology used AI and fluid dynamics to build a 3D model of the heart, calculate blood flow, and help determine if a stent was needed. The approach allows doctors to avoid more-invasive tests, he says.

“It’s better for patients and doctors,” he says, “because it’s lower-cost and lower-risk.”

The technique, which has received clearance from the FDA, is now used by cardiologists in Europe, Japan, and the United States. HeartFlow in July announced plans to go public after merging with Longview Acquisition.

Grady joined Paige in 2019 because of the opportunity it offered him to impact the world with AI, he says, with products that could transform cancer care.

Cancer pathology today involves examining tissue samples under a microscope to make diagnoses. But tissues and disease markers can vary widely, so it’s common for pathologists to seek a second opinion or conduct more tests.

Paige’s technology streamlines the process by digitizing it. The company has exclusive rights to tens of thousands of already-analyzed pathology slides from Memorial Sloan Kettering and has scanned them into its system to create a database of high-resolution images. The company’s proprietary machine-learning system is trained to detect patterns in the images that correlate with disease prognosis.

When a new tissue scan comes in, the system can classify it based on its training. Rather than phoning a colleague or doing extra testing, a pathologist can use the AI-based system to make decisions more quickly and easily, Grady says.

He and his colleagues recently published results showing that Paige’s prostate test reduced diagnostic time by about 65 percent, and it identified prostate cancer in four patients whose cancers were not initially diagnosed by three experienced histopathologists.

Grady says he is “a big fan” of IEEE. He joined as an undergraduate student and visited the organization’s New Jersey headquarters when he worked at Siemens. The organization has played an important role in his path from engineering student to CEO, he says.

The IEEE Transactions on Pattern Analysis and Machine Intelligence, Medical Imaging, and Image Processing “stand out as the highest excellence in technical journals in these spaces,” he says.

The IEEE Computer Vision and Pattern Recognition conference, he says, was one of the earliest in its field and “the only venue to showcase such research for a long time.”

“The 2003 conference is where I met leaders in the field,” he says. “Without those conferences and those publications, the field wouldn’t be what it is today.”

His message to IEEE’s graduate student members is that joining a company doesn’t have to mean stifling your research interests.

“People often say you’re either in research or in industry, selling out,” he says. “I think it’s a false choice. Work that’s changing the world is happening in industry.” 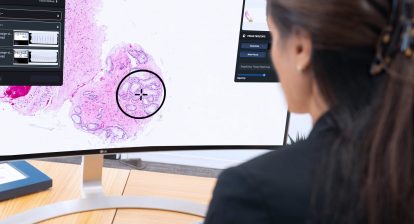 Trust laboratory is first in the NHS to go fully digital
August 3, 2021 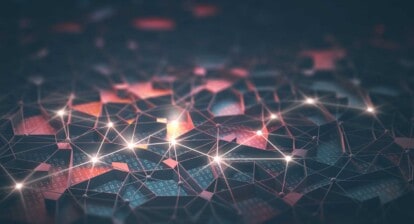 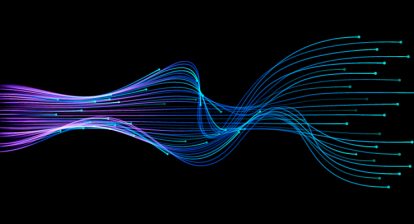