Amyotrophic lateral sclerosis (ALS), also referred to as motor neuron disease (MND), is a progressive neurodegenerative disease that leads to gradual loss of muscle control. Even though ALS is traditionally considered a neurological disorder that predominantly affects neurons in the central nervous system (CNS), it is becoming increasingly evident that ALS may also affect non-CNS tissues and cause systemic symptoms.

In a recent study, researchers from the NHS Lothian Department of Pathology, the University of Edinburgh, and the Institute of Medical Sciences at the University of Aberdeen investigated histopathological alterations in non-CNS tissues from patients with ALS. The results of the study suggest that, in patients with ALS, histopathological alterations and protein aggregates may be present in non-CNS tissues many years before the onset of neurological symptoms.1

“In addition to identifying pathogenic protein aggregates in a broad range of tissue types, we also observed the aggregates accumulated in otherwise histologically normal tissues. From a clinical perspective, our findings may provide a plausible pathological basis for the symptom burden or different ways in which patients with neurodegenerative diseases might present,” said Samuel Pattle, PhD, pathologist and researcher at NHS Lothian and the first author of the study.

“We hope that our study will start to reframe these conditions as systemic pathological processes rather than purely neurological diseases. This study also lays the foundations for earlier diagnosis of ALS in pre-symptomatic patients, which will enable them to participate in clinical trials that could improve symptom control, slow disease progression, and improve the quality of life or prognosis in the face of a life-changing diagnosis.”

The study was published in The Journal of Pathology: Clinical Research and was led by the Gregory Lab based at the Institute of Medical Sciences at the University of Aberdeen.

Accumulating evidence shows that neurodegenerative conditions may have a long pre-symptomatic lead time, during which pathological changes and pathogenic protein aggregates accumulate in tissues before a patient presents with symptoms and before clinicians are able to recognize the clinical manifestations of the disease.

“We are coming to understand that many neurodegenerative conditions, including ALS, not only have such pathological changes in tissues outside the nervous system but that some patients also present with non-neurological symptoms,” said Dr Pattle.

To understand the systemic distribution of pathological protein aggregates, the team analyzed archived non-CNS tissues taken from 13 individuals with ALS (12 with sporadic ALS and one with familial ALS associated with C9orf72 hexanucleotide repeat expansion) during their life as part of routine clinical practice.1 A total of 68 formalin-fixed paraffin-embedded tissue samples from eight organ systems were examined. This strategy allowed the team to “pre-date a clinical diagnosis with pathological evidence” and to assess for pathological changes in non-CNS tissues.

“By looking through the tissue archives retrospectively, we can go back in time from the point of clinical diagnosis and seek out any evidence of pathological changes in tissues taken prior to an established clinical diagnosis of ALS,” Dr Pattle explained.

The team found that cells in the gastrointestinal (GI) tract had aggregates of phosphorylated TDP-43 (pTDP-43), a marker associated with ALS. Interestingly, pTDP-43 aggregates were evident in non-neuronal cells in the GI tract, including macrophages and dendritic cells within the lamina propria.1 Neuronal and glial cells of the myenteric plexus also contained pTDP-43 aggregates.

Notably, in all cases with non-CNS pTDP-43 pathology, pathogenic protein aggregates were present in tissues before clinical recognition of ALS.1 In some instances, accumulation of pTDP-43 aggregates preceded the onset of neurological symptoms and clinical diagnosis of ALS by more than ten years. “This is the first time we show a potential diagnostic hallmark of ALS in pre-symptomatic patients,” said Dr Pattle.

Commenting on the relevance of these findings, Dr Pattle said: “The ability to detect pTDP-43 aggregates in various non-CNS tissues using conventional immunohistochemical staining, in combination with the identification of pathologic protein aggregates in a pre-symptomatic timeframe, gives us the potential to ‘catch’ the disease early, potentially through sampling of tissues routinely taken for diagnostic biopsy of other illnesses. Essentially, the study suggests we might be able to diagnose diseases like ALS earlier using routine diagnostic tissues, such as GI or skin biopsies.”

Prospective studies are needed to confirm the early accumulation of pathogenic protein aggregates in non-CNS tissues in a wider and unselected population of individuals, some of whom may go on to develop ALS at a later stage of their lives. Another area that merits further investigation is whether the presence of protein aggregates in non-CNS tissues is related to any specific symptom burden or the subsequent development of ALS.

The team is currently looking at the prevalence of TDP-43 in a much larger retrospective cohort of histologically normal GI biopsies taken from patients as part of routine diagnostic workup, irrespective of knowledge of ALS diagnosis.

“The power of this study lies in our ability to use the tissue archive as a molecular ‘time machine’. By looking at GI biopsies from the past, we can then link the presence of pTDP-43 to subsequent and contemporary clinical data, including persisting symptom burden or even diagnosis of ALS, and create a link between the pathological evidence of the disease to patient outcomes.”

Commenting on the bigger picture, Dr Pattle noted that identifying pathogenic protein aggregates in non-CNS tissues many years before the onset of the neurological symptoms of ALS is a step toward “reclassifying a whole chapter of medicine from a single system neurological illness to a systemic, multi-organ process.”

“That’s fascinating to us, as pathologists, as it potentially brings a whole new way to look at and consider the implications of a ’normal’ biopsy. This is a hugely exciting area to be involved in as a pathologist,” he concluded. 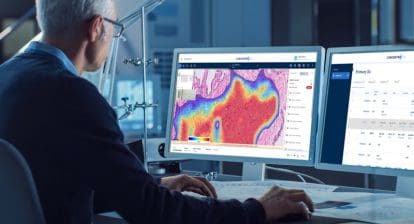 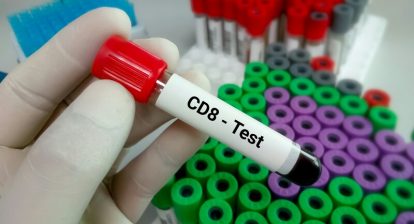 Using Digital Pathology to Determine the Clinical Significance of a CD3/CD8-Based Immunoscore in Neuroblastoma Patients
September 13, 2022 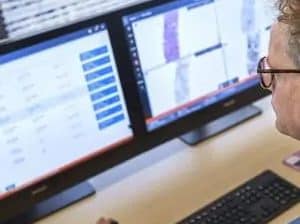 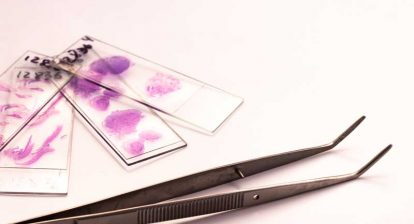 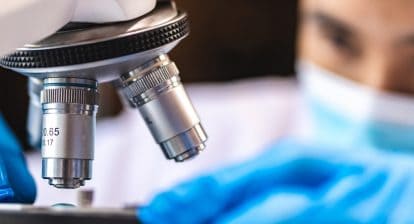 HEROHE Challenge Brings Us One Step Closer to Predicting HER2 Status in Breast Cancer from H&E Whole Slide Images
October 3, 2022