Technologies based on mass spectrometry have already been adopted in various biomedical research fields and healthcare sectors, including toxicology, immunology, analytical chemistry, and endocrinology. More recently, mass spectrometry-based assays have gained increasing popularity amongst clinical diagnostic laboratories and emerged as a promising tool for modern pathology owing to their multiplexing abilities and exceptional analytical performance.1

Mass spectrometry analysis involves the generation of positively or negatively charged ions from analytes in a sample (ionization step), followed by the detection of selected charged ions of interest. By measuring the ratio of the molecular mass to the charge (m/z) of molecules and creating a mass spectrum of relative abundance of ions against m/z (also known as a chromatogram), mass spectrometry can provide an accurate quantitative insight into the molecular composition of samples.1–3 The peak areas of analytes in chromatograms are compared to those of an internal standard with known concentration, allowing for the precise determination of the concentration of different analytes.4

Additionally, this powerful analytical technique can also be used to characterize the structure and chemistry of molecules within samples.5 As the analytes pass through the mass spectrometer, fragmentation may occur depending on specific bonds. As the chemical nature and strength of bonds affect fragmentation, mass spectrometry can be used to generate a mass spectral fingerprint, which is characteristic for each molecule and dependent on its molecular structure.6

Current and emerging applications of mass spectrometry in anatomical pathology

The value of mass spectrometry in the discovery and detection of biomarkers in various types of specimens, including biopsy tissues, is becoming increasingly recognized. With the rapid decrease in the costs of omics technologies over the past few years, whole-proteome profiling from tissue slides has become more accessible to diagnostic labs as a means of characterization of global protein expression patterns to evaluate the pathophysiology of diseases.1 Mass spectrometry has proved particularly useful for the pathological diagnosis of renal diseases and amyloidosis. Specifically, assays combining laser microdissection with mass spectrometry (LMD/MS) have been developed to detect and characterize renal protein deposits and amyloid fibrils in clinical biopsy specimens. Validation studies have shown that these LMD/MS-assays offer nearly 100% specificity and sensitivity.10–13

MSI is perhaps one of the most attractive mass spectrometry-based assays in pathology. MSI entails the use of mass spectrometry to evaluate the spatial distribution of various molecules (ranging from proteins to lipids, metabolites, and glycans) in fresh/frozen or formalin-fixed paraffin-embedded (FFPE) biopsy tissue sections.14 Therefore, MSI can shed light on the relationship between the distribution of molecules, morphological alterations in tissues, and disease pathology.15

MSI is particularly useful in oncology. Applications of MSI in pathology include cancer diagnosis; molecular characterization, classification, and staging of tumors; evaluation of tumor surgical margins; and discovery of cancer biomarkers.1,16

“Mass spectrometry imaging is the main segue into molecular pathology for rapid tissue-based diagnostics,” said Professor Ron Heeren, co-chair of the Maastricht Multimodal Molecular Imaging Institute.9 “Whether it is disease staging, tumor margin assessment, therapy prediction, or cellular phenotyping, it is evident that MS imaging is making a stronger and stronger impact on the clinical decision-making process.”

As MSI can be used to analyze tissues directly without the need for multiple, time-consuming staining steps, it can significantly reduce the time to diagnosis or even be used to guide intraoperative tumor excision.19 In addition, mass spectrometry offers high analytical specificity and sensitivity; thus, the adoption of mass spectrometry for the analysis of biopsy tissues can improve diagnostic accuracy.1,3

Hyperion Imaging System is a commercially available MSI system provided by Fluidigm. The system offers the potential for high-multiplex imaging and single-cell protein analysis in FFPE or fresh/frozen tissue sections (≤ 7 μm thickness). It can be used to characterize the tissue microenvironment at the single-cell level, spatially characterize numerous cell types in tissues, discover novel biomarkers, and predict treatment response.20,21

As ionization methods, instrumentations, and technologies continue to advance, novel clinical applications based on mass spectrometry are expected to become the mainstay of anatomical pathology and diagnostics, among other clinical fields. Nonetheless, several challenges remain to be addressed to allow for the implementation of mass spectrometry-based tissue analysis methods in routine diagnosis.

As with all emerging and rapidly evolving methods, the advantages and limitations of mass spectrometry-based tissue analysis methods over traditional histology methods need to be established and communicated among pathologists, clinical laboratory technicians, researchers, and other potential users of these novel methods.8,22 Furthermore, the acquisition of images with high spatial resolution may considerably reduce the pixel-by-pixel sampling speed, increasing the overall image acquisition and analysis time.1

Other limitations of mass spectrometry that need to be addressed by manufacturers and the clinical mass spectrometry community are the lack of automation in instrumentation and data analysis, the requirement of skilled personnel, the need for validated biomarkers, the relatively high cost (compared with standard H&E), the lack of standardized workflows, and the lack of well-established regulatory guidelines.1,23,24 Tackling issues related to turnaround time, standardized workflows, and biocomputational data analysis and storage is also required to help facilitate the smooth integration of mass spectrometry in routine pathology and modern diagnostics. 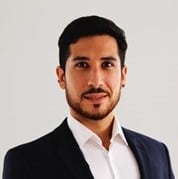 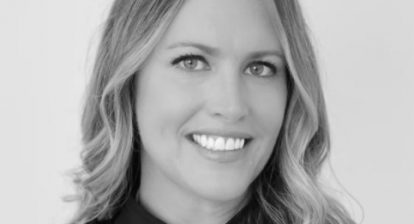 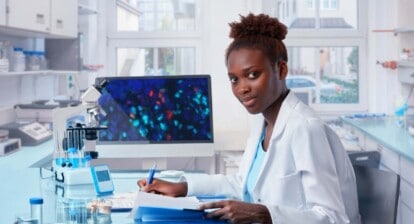 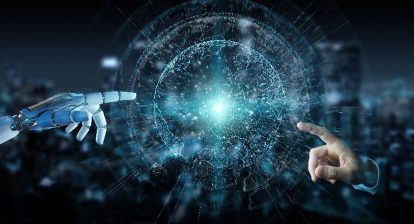 Could cyber security be the next big healthcare emergency?
October 26, 2021 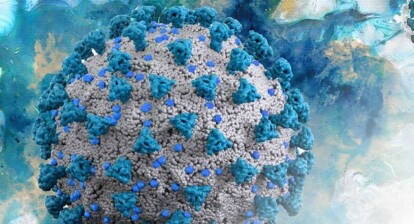 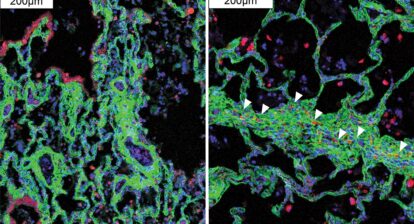